I put together this page because I have perceived a great deal of confusion surrounding the different types of king crab - all three. Before I started crab fishing, I was not aware that there was any difference. Whether you are a buyer for a restaurant or just an individual crab enthusiast - I hope that this page sheds some light on an this subject.

There are three species of king crab in Alaska- red king crab, blue king crab, and brown king crab. They are found in different areas of Alaskan waters. Below is a detailed map of the main habitat areas. Most of the king crab harvested in Alaska comes from the Bering Sea. There are smaller fisheries to the north in Norton Sound and in the southeast. 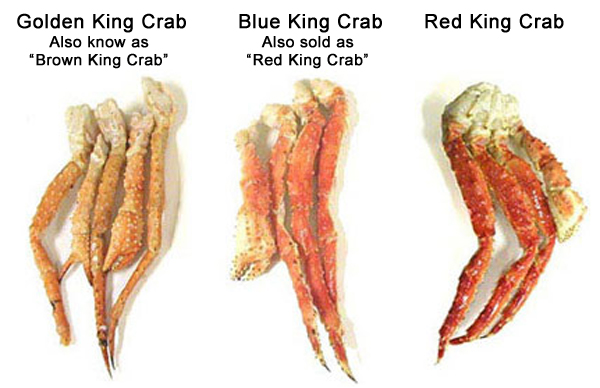 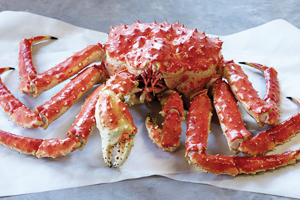 Caught in the waters of Bristol Bay and Norton Sound, the true red king crab is the most prized species of crab in the world, with strong demand from consumers in Japan, the US, and Europe. Alaska's largest harvest of red king crab takes place in the waters of Bristol Bay. Roughly 100 boats participate in the fishery and harvest millions of pounds over a period of 2 to 3 months. Alive, red king crab are actually a dark burgundy in color. When they are cooked they turn bright red- with scarlet-red highlights on the top part of the shell, and especially around the toes. Taste-wise, true red king crab is the best in the world. The meat is snow-white, with highlights of bright red. During the season, a growing number of white table cloth restaurants offer fresh red king crab- a sumptuous treat. Succulent, and served steaming-hot, there is no other meal I would rather have! 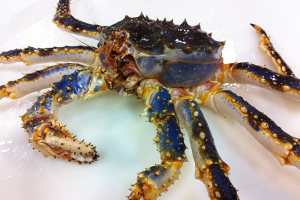 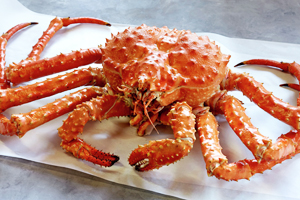 Caught in the waters around the Aleutian chain islands, golden king crab are the smallest of the three main species. Their shells are golden-orange in color. They have the mildest flavor of the Alaska's three commercially-harvested types of king crab. Golden king crab generally have the lowest percentage of meat "infill" inside the shells, and sell for less than blue or red. Because they are one of the most abundant types of crab in Alaska, they are beginning to become available fresh as opposed to brine frozen. A growing number of chefs around the United States are beginning to request and serve fresh-cooked Alaska golden king crab legs. 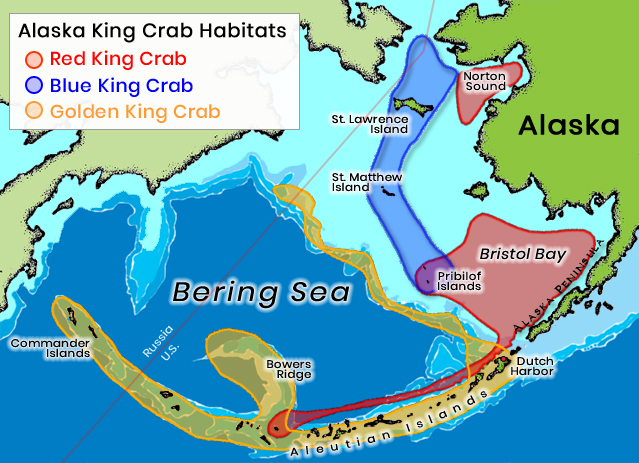